We’re a family owned business that put down roots in Nebraska over 25 years ago. We believe in doing business in a way that builds up the community around us, and have centered our mission on valuing people.

Because People Matter…  We will serve your needs by always doing what is right.

Doing the right thing is what we’re all about, and it drives everything we do here, so over a year ago we made some drastic changes in the way we do business. Our sales staff is no longer paid on commission. Online or on our lot, our prices are clearly posted so you don’t have to wonder or waste time haggling. Everyone gets the same price and information up-front so they can make more informed purchase decisions.

Your choice to do business with us also helps make a difference in people’s lives both locally and abroad. Whether it’s repairing a local single parent’s vehicle, or building an orphanage in a third world country, know that you become a part of something bigger than yourself (and bigger than us) when you purchase from Anderson Auto Group.

Anderson Auto Group began in 1981 when Roger Anderson purchased a small Ford dealership in New Castle, Wyoming. Roger wanted to run a dealership with a “mom and pop” attitude, which to him meant treating all customers as if they were his own parents. This humble attitude helped Roger take an underperforming dealership to great success within the community over the next several years.

As Roger’s success grew, he began to think about expanding his business into Nebraska and involving his brother, Dick, in the business. In 1986, Roger and Dick purchased another Ford dealership in Grand Island, bringing their “mom and pop” attitude to the land of the Cornhuskers.

As the years went by, the Andersons brought their success to Lincoln, Nebraska in 1993 and St. Joseph, Missouri in 1997. After a trip to Arizona in 1998, Dick decided he preferred the weather down south. He sold his share in the Group back to Roger and purchased his own dealership in Arizona, while Roger stayed in Nebraska.

In 2008, after working in the group for many years, Roger’s son Mike Anderson offered to purchase Anderson Auto Group from his father. Shortly thereafter, the group added a second dealership in Lincoln by purchasing Meginnis Ford, a staple of the Lincoln community for over 30 years. Under Mike’s leadership, Anderson Auto Group now operates four separate dealerships: two in Lincoln, one in Grand Island, and one in St. Joseph.

While Anderson has a history filled with success, we look forward to the future with great anticipation. We are in the beginning stages of rolling out a new way of running auto dealerships, summarized by our new mission statement:

That mission drives everything we do here at Anderson. You matter as a person, and we are committed to building a real and meaningful relationship with you that is characterized by honesty, integrity, and value. This doesn’t apply to just selling cars or services. In the coming years, look for Anderson to make focused efforts to dramatically impact our own people, our community, our industry, and our world. We’re excited for our future, and you should be too.

From vehicle sales to routine maintenance and body work to windshield replacement, we’re confident our wide array of services will exceed your expectations. Thanks for partnering with Anderson Auto Group.

Quality Care is the difference between buying the car you love and loving the car you bought. It is the commitment of Anderson Auto Group is to provide you with the highest level of service and support possible. In fact, Quality Care is one of the greatest advantages of owning a Ford, Lincoln, Mazda, Kia. Our service department is committed to your complete satisfaction. 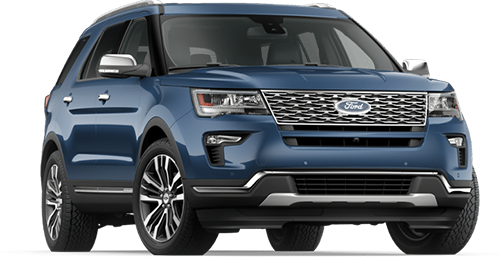 Recently made a trip from south KC up to Anderson Ford to purchase a vehicle. We worked w/ JJ Jarrett and both my husband and I mentioned shortly after the experience that there was really nothing we could complain about. It was pretty seamless and stress-free...even with 3 kids in tow throughout the whole deal. And I'd like to think that says a lot when you're talking about a car buying experience. We will be back for future vehicles.

Fill out the details below and we'll customize our follow-up process based on your request. You're in charge!